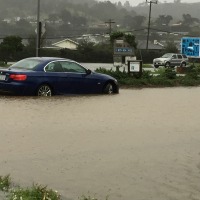 Email this pageOfficials closed the Pacifica Pier Thursday morning due to unrelenting wind and rain as the Pineapple Express storm moved through the Bay Area. Wind gusts were reported up to 47 miles per hour. My LIVE Report: I was at the pier early Thursday morning covering the storm. We knew that as much as
Read More 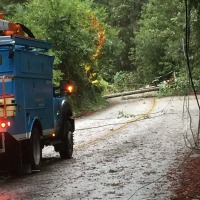 Email this page Felton CVS closed because of roof collapse by Nick Smith and Amy Hollyfield The storm is producing so much rain so quickly that many freeways, city streets and cars were flooded Wednesday morning. The roads are even worse than Tuesday and the CHP is encouraging drivers to take it slow and don’t
Read More 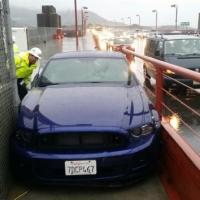 Email this pageKGOBy Nick Smith Tuesday, December 02, 2014 11:55AM SAN FRANCISCO (KGO) — Workers have removed a car that caused quite a scene on the Golden Gate Bridge during this morning’s commute. The driver treated the pedestrian walkway as a traffic lane and wedged the car into an incredibly tight spot. “When I heard
Read More

Email this page by Nick Smith Updated 50 mins ago Flights trying to land at San Francisco International Airport are delayed Monday morning, because of the wind, not the rain, according to flight tracking system, Flight Aware. That isn’t helping frustrated passengers trying to get home from their Thanksgiving holiday. “I have no choice, I
Read More 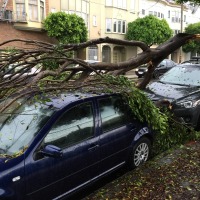 Email this pageWell, just as the ABC7 News Weather team predicted last week – today has been a wet & messy one. Strong winds and rain cracked the branch on this tree at Oak & Broderick Streets – smashing several cars and taking out a taxi’s windshield along with it. Fortunately – there were no
Read More