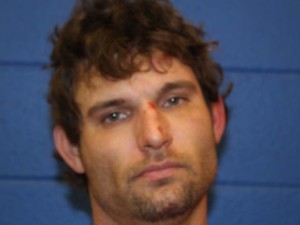 *Brandon Eaton was impaired when he was driving a vehicle that struck the firefighters.

*The firefighters were directing traffic around an accident when they were killed.

*The Sumrall fire station was named after Alvin Beasley, one of the slain firefighters.
*A third firefighter was injured in the incident that also killed Lorrie Sykes.

Brandon Chance Eaton, 34, of Sumrall was indicted on three counts of aggravated DUI and one count leaving the scene of an accident causing death.

He pleaded guilty to three counts of felony DUI.

The maximum sentence is 30 years for each count for a total of 90 years. The District Attorney’s office recommended Eaton be sentenced to 60 years with 30 to serve, including credit for time served. He has yet to be sentenced.

Eaton initially was charged with leaving the scene of an accident causing death, but later was additionally charged with three counts of aggravated DUI after toxicology reports showed he was impaired.