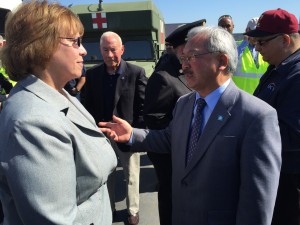 Beginning on Monday, October 5, and lasting through Oct. 12, San Francisco’s waterfront will see a wave of military ships and planes passing through and over the bay, in preparation for the signature air shows and ship parades the event is known for. 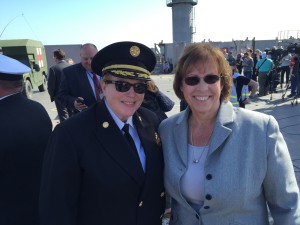 The U.S. Navy Blue Angels will start rehearsing for their weekend show Oct. 8 and 9 lifting off from San Francisco International Airport, starting at noon. The official show will be on Oct. 10 and 11, from 1 p.m. to 4 p.m. 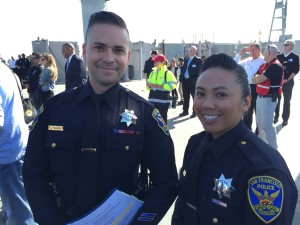 Additionally, a variety of ship tours, food trucks, musical acts and static displays from all five branches of the Armed Services will set up at the Pier 80 village for Fleet Fest, on Oct. 10 and 11, from 10 a.m. to 6 p.m..

During the festivities, the public can expect an increased presence of Coast Guard vessels in the Bay to ensure safety and security for mariners and the Parade of Ships, Coast Guard officials said.

Throughout the week, the Coast Guard Captain of the Port of San Francisco will regulate traffic on the Bay. Water traffic will be restricted throughout most of the central bay from the Golden Gate Bridge, south of Alcatraz, to just south of the Bay Bridge, according to the Coast Guard.

The regulations are to accommodate the Parade of Ships, as they pass under the bridge to their assigned stations, Coast Guard officials said. 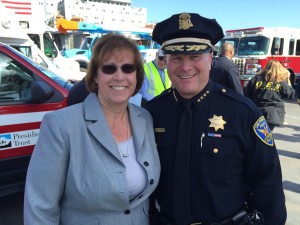 No vessel will be permitted to cross the parade line or interfere with the safe transit of the parade’s participants. A 500-yard protective zone will also be enforced around each naval vessel the entire time they are in the port, according to the Coast Guard.

Fleet Week first began in San Francisco in 1981 as a way to honor the contributions of the men and women who serve in the armed forces, according to event organizers.