Admittedly, I enjoy hitting my local Costco early on Sunday. 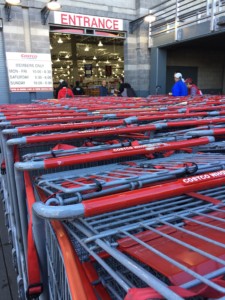 There is usually a small rush of people at the opening – but plenty of room to move about once you’re inside.

Big Box Stores aren’t for everyone.  With my Costco membership and a love for bargain hunting, it’s one of life’s simple pleasures.

The Costco chain started in Seattle in 1983. 10 years later, it merged with another club store, called Price Club, which had been catering to business owners since 1976. Today, Costco has hundreds of stores stretching across the entire United States and beyond. The chain sets itself apart from other warehouse stores with its focus on high-end goods, wine and organic food.

While your trip to the warehouse club will not entirely replace going to the grocery store, according to a report in 2012 from Today.com, “according to a Consumers’ Checkbook survey published by the not-for-profit Center for the Study of Services, Costco’s 30% lower, and Sam’s 33% lower than the largest supermarket chains.”

You could save up to 50% on big-ticket electronics when you purchase them at a warehouse club, according to Allyou.com. 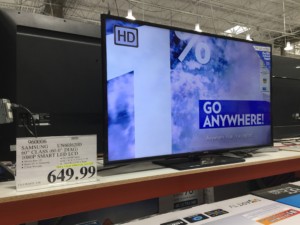