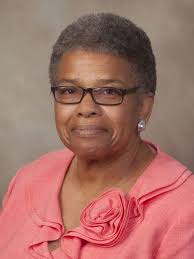 Constance Slaughter-Harvey is a Forest, Mississippi native that became the first black female judge in the state of Mississippi.

OXFORD, Miss. (AP) — Constance Slaughter-Harvey lives by one rule: To whom much is given, much is required.

As the first African-American woman to graduate from the University of Mississippi School of Law, Slaughter-Harvey has done just that. She began practicing law upon completion of classes in January 1970, throwing herself full-force into the courtroom. She was so dedicated to helping others, she said, that she missed her own commencement ceremony in May 1970.

The first case Slaughter-Harvey, a Forrest, Miss. native, worked on was the criminal trial of civil rights activist Rev. John Perkins, which was appealed to the Mississippi State Supreme Court. At the same time that case was in appeals court, she was also involved in the case of the murders of two Jackson State University students.

“We were filing lawsuits regarding redistricting the state of Mississippi, as well as quite a few cases involving police brutality against African-American males at that time,” Slaughter-Harvey said. “So, I don’t even remember graduation, because I was so full with doing what I had always wanted to do. And that is to make certain that Mississippi justice is fair — and I’m still trying to do that.”

Protecting others and making sure all demographics in Mississippi are represented fairly is something Slaughter-Harvey said she’s devoted her life to, and will continue to do so.