Home / Uncategorized / “Can you imagine a situation where a celebrity sex tape would not be newsworthy?”
Tweet Pin It
Email this page

“Can you imagine a situation where a celebrity sex tape would not be newsworthy?” Someone, whom I follow on Twitter, asked this question.  It started me to thinking.

What is the responsibility of news? It’s no secret that traditional news organizations are in competition with entertainment news, especially where tabloid reporting reigns.

More often than not, what results is a culture that confuses factual news reporting with entertainment tabloids. Our hyped-up information craze is all encompassing. Our “truths” are often distorted, misconstrued and usually hurtful. 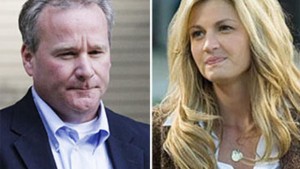 Most recently, one need look no further than the legal cases involving Erin Andrews and Hulk Hogan. With the former, a Nashville jury, swayed by days of tearful testimony and a ridiculous move by a hotel executive, ruled in favor of FOX Sports reporter Erin andrews and ordered the defendants to pay her $55million in damages. Michael David Barrett, who in 2009 pleaded guilty to interstate stalking of Andrews, served 27 months in prison. West End Hotel Partners and Windsor Capital are private companies in the hotel business. The jury supported the argument presented by Andrews that the hotel group were responsible for security at the hotel. 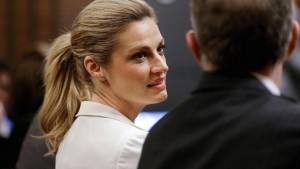 “Attorneys for the hotel argued at trial that Barrett alone was to blame for the videos. Andrews’ attorneys argued the hotel staff enabled Barrett by never verifying Barrett’s request for a room adjoining Andrews’ and by allowing Barrett to find her room.”

On the stand Wednesday, March 9 during a trial over a sex tape

Attorneys for Hulk Hogan (Terry Bollea) have characterized, popular tabloid website, Gawker as an unsympathetic collective of heartless and obstinate millennials who stare at a screen showing traffic to their stores while sending crude messages to each other ’bout their endeavors.

Yesterday, a St. Petersburg courtroom was shocked when A.J. Daulerio, the former editor in chief of Gawker.com, was shown in a videotaped deposition suggesting that almost anything goes when it comes to the newsworthiness of celebrities’s sex videos.

Daulerio, a defendant in the $100 million invasion-of-privacy lawsuit brought by Hogan, was asked where he drew the line when it came to position videos of people having sex.

“If they were a child,” said Daulerio.

“Under what age?” the lawyer asked.

Gawker later insisted Daulerio was speaking “sarcastically,” but the point had clearly been made. When it came to photos or videos of celebrities, in uncompromising situations, the gloves were off at Gawker.

Nick Denton, founder of Gawker, said he believed that the tape was worth posting. Credit Pool photo by Steve Nesius

Nick Denton, the website’s owner, has long admitted an aversion to privacy, directing his publication to tell the kind of off-the-record stories the journalists pass along to each other when hanging out together.

When the video of Hogan having sex with a friend’s wife arrive anonymously in the mail at Gawker, Daulerio admitted, “I was very enthusiastic about writing about it. I found it very amusing.”

“I thought it was newsworthy,” he said, “and it was something that was worth publishing.”

Gawker, for their part, chopped the tape from 30 minutes down to less than two minutes and posted it on their website, where it remained for about six months until a court ordered its removal. the case is prompting significant questions about how far First Amendment rights stretch in an era when the unregulated internet is ripe for abuse by anyone with a computer. 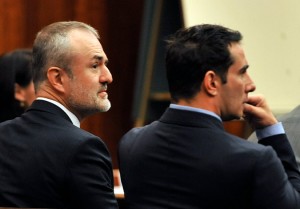 Daulerio was asked if Gawker made an y attempt to contact Hogan to confirm if it was actually him in the grainy video. “No,” he answered.

“So it’s fair to say that whether he suffered emotional distress or not, that played no part in your decision whether or what to publish,” asked Hogan’s attorney, Douglas Mirell.

So, when you ask, “Can you imagine a situation where a celebrity sex tape would not be newsworthy?” No. Not yet, but I sure hope we get there. And like Eugene Scott suggested, there is hope, “when there’s a more complex bottom line that doesn’t only value profit.”