Hong Kong has more than 12,000 restaurants and is well known for its luxury dining choices.

But to really expand my definition of food, I had to hit the streets, where there are thousands of stalls and just as many stories.

Even though the street vendors are not universally celebrated in fancy magazines, their food is some of the best you’ll find anywhere in the world. 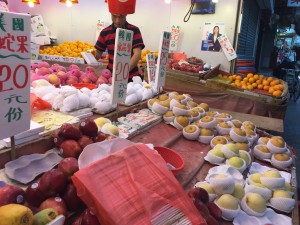 Mong Kok District – “busy corner” in Cantonese. One of the most densely populated places on Earth.

And as I was about to discover, you must remember this mantra: If it looks strange and smells horrible, you can bet it tastes awesome

Hong Kong street food is a curious mix of the traditional, the imported and the downright weird. 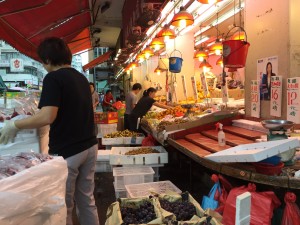 Mong Kok District – “busy corner” in Cantonese. One of the most densely populated places on Earth.

Picky eaters need not apply. It’s best to dive right in, so I went straight for Mong Kok in the western Kowloon Peninsula. 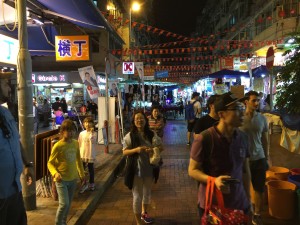 This area is best known for shopping, eating, and lots of people! More than 300,000 residents are jammed into every square mile making it the busiest district in the world.