Home / Uncategorized / FOX5’s LIKE IT OR NOT – ‘March Madness’ & VAS Madness?
Tweet Pin It
Email this page

VAS MADNESS: This is the time of year when doctors see a big increase in the number of vasectomies — typically in the days leading up to the NCAA Tournament. Bram Weinstein, Marina Marraco, Guy Lambert & I discuss!

What would you do to secure some uninterrupted couch time during March Madness?

In recent years, physicians have theorized that men use the NCAA Tournament as a well-timed incentive to get vasectomies. Now, data from the athenahealth network suggests that “Vas Madness” might be more than a suburban myth.

During the first round of the 2016 NCAA Tournament, from March 14 to 18, urologists across the network performed 30 percent more vasectomies than they did during an average week. Researchers examined data from 235,000 patient visits to 173 urology practices across the athenahealth network, focusing on men ages 20 to 49. 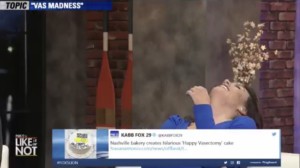 The laughs are real!

Throughout the year, the data shows, most vasectomies are scheduled toward the end of the week — likely to allow for a weekend recovery after the outpatient procedure. And it turns out that urologists performed more than 41 percent more vasectomies on the Friday of the first week of 2016 March Madness than on a typical Friday.

An early morning procedure on Friday would leave time to recuperate during what is, arguably, one of the most exciting weekends of the tournament, when the first and second rounds provides 48 games of basketball.

And providers seem to understand the power of that incentive. Some doctors actively promote March Madness-timed vasectomies with discounts, extended hours, and ice bags with college team logos. More than 500,000 men in the U.S. get a vasectomy each year, according to the American Urological Association. 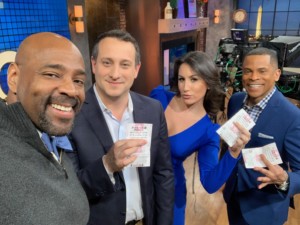 Chelsea Rice is a staff writer for athenaInsight. Follow her @ChelseaRice. Data analysis by Stewart Richardson.