MONTREAL — While pushing and shoving is often frowned upon in the schoolyard, some Quebec elementary schools are experimenting with the idea of letting their students play rough.

At least two schools have announced pilot projects to set up supervised ‘rough play’ zones in the schoolyard, where students can shove, grab and wrestle in the snow to their hearts’ content.

Quatre-Vents elementary school in Saint-Apollinaire, Que. is one of the schools to experiment with the idea.

On snowy days, a play-fighting zone is outlined by cones, and is subject to strict rules, according to principal Sherley Bernier. Participation has to be voluntary, and kicking, hitting, biting, or throwing objects is strictly forbidden. 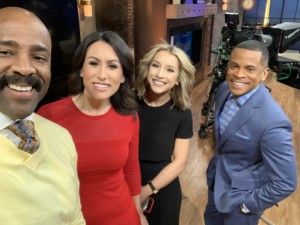 In order to keep things safe, sessions were held to teach kids how to fall without hurting themselves. They were also told that they have to immediately back off if a student says ‘stop,’ Bernier said.

She said the school started the project as a way to let rambunctious students get their energy out.

“There are certain students for whom it isn’t enough to simply go run in the schoolyard,” she said in a phone interview. “They need a little more to get out their energy.”

Bernier said only about 15 students play in the zone each recess period, but the project seems to be having a positive effect on them so far.

“We see in class that those children are calmer, and they’re more focused,” she said.

Bernier said that while most parents have been supportive of the project, a few have expressed worries. She reminds them that participation is voluntary, and there are plenty of other schoolyard activities for kids to do.

Bernier believes that, rather than encouraging violence, the project actually prevents it by showing kids how to expend their energy in an appropriate way.

“We’re not seeing (violence), because we ban violence,” she said. “The kids who are there to hit are immediately taken out,” she said.

Lenore Skenazy, a New York-based author and speaker who founded the website Free Range Kids, said humans and almost every animal species, have been play-fighting since the dawn of time.

“To act like that is automatically aggressive and evil and cruel is to misinterpret a basic stage of childhood,” she said in a phone interview.

She said that allowing children to play on their own teaches them valuable lessons, including empathy for peers and how to set rules and negotiate boundaries.

“You’re learning how far you can go until someone gets mad, or before it’s too much,” she said.

Since Bernier’s school started their project in November, she said she’s received calls from several other school boards who are interested in following suit.

One of those, Cheval-Blanc school in Gatineau, Que., announced last week it would be trying its own play fighting zone for children in Grade 3 for the rest of the winter, with similar rules.

Bernier said her school is currently getting feedback from students and collecting data in order to paint a fuller picture of who benefits from the project and why.

She said there’s little doubt in her mind that it’ll be back next year. “It’s a big success,” she said.