Home / Uncategorized / FOX5’s LIKE IT OR NOT – Scientists Reawaken Cells from a 28,000-yr-old Woolly Mammoth
Tweet Pin It
Email this page

The last surviving woolly mammoth died out some 3,600 years ago after the species began its certain decline at the end of the last Ice Age, more than 11,000 years ago. However, scientists today are well in the game to restore this huge prehistoric mammal back among the living.

A team of Japanese scientists, led by biologist Kazuo Yamagata from the Kindai University in Japan, has managed to extract the nuclei from mammoth cells and transplant them into a mouse. Within the experiment, the cells did show signs of “life” although their activation was limited.

The cells belonged to a 28,000-year-old mammoth carcass known as Yuka, who at the time of her death would have been seven-years-old. The results of this groundbreaking scientific undertaking were presented in the journal Scientific Reports on March 11, 2019. Yuka, which was retrieved from the permafrost of Siberia in 2010, is one of the most pristine mammoth specimens to have been discovered. 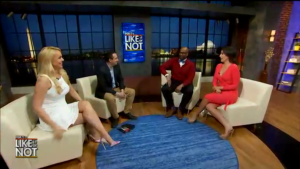 Bram Weinstein, Marina Marraco & Britt McHenry FOX5’s Like It Or Not

Organic matter such as animal carcasses are indeed best preserved in the permafrost environment — cocooned in severely cold temperatures helps soft tissue, such as skin, fur or brain, to survive.

Regardless of the fact that an astonishing amount of time has passed, Yuka turned out well. Scientists managed to take out 88 nucleus-like structures from the creature’s muscle tissue.

They then inserted the nucleic material into mouse oocytes — the immature eggs (female sex cells) which are produced in the ovaries. In order to ensure reliability of the experiment, the team also implanted cells from an elephant to a control sample.