The House impeached President Donald Trump for the second time in a historic, bipartisan condemnation of an outgoing president whose words fueled a deadly insurrection at the Capitol.

The process now moves to the Senate, where Majority Leader Mitch McConnell has indicated that a trial won’t begin until Trump is out of office. 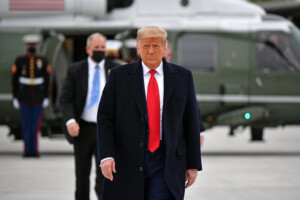