Home / Uncategorized / FOX5’s LIKE IT OR NOT – Lasers could help us attract aliens, MIT study suggests!
Tweet Pin It
Email this page

Researchers at the Massachusetts Institute of Technology suggest laser technology could act like a porch light for Earth to attract aliens — if they exist. 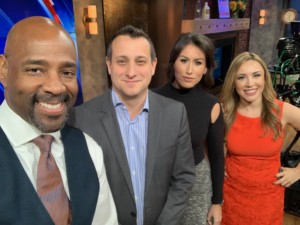 A study published in The Astrophysical Journal said creating a 1- to 2-megawatt laser focused through a telescope aimed toward space could produce a light strong enough to stand out from the energy produced by the sun.

James Clark, graduate student in MIT’s Department of Aeronautics and Astronautics and author of the study, acknowledged creating this project would be “challenging” but not impossible.

“If we were to successfully close a handshake and start to communicate, we could flash a message, at a data rate of about a few hundred bits per second, which would get there in just a few years,” Clark said in a statement.

Clark noted lasers of that magnitude have already been created, such as the U.S. Air Force’s Airborne Laser, a defunct system for shooting down ballistic missiles. However, a telescope large enough to create a potential alien signal is not currently available.

So could humans read a signal if aliens — assuming they exist — beamed one to Earth? Researchers said it’s possible with the right telescope, but would require pointing directly at the signal source to see it.

Clark said he hopes the study opens the door for advancements in infrared imaging techniques.