Super Tuesday results usually predict who the presidential nominee will be for each party during an election year. Several U.S. states will host preliminary presidential elections this coming Tuesday. 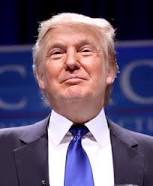 Donald John Trump is an American businessman, television personality, and since June 2015, a candidate for the Republican nomination for President of the United States in the 2016 election. Pic by: GoogleImages

Donald Trump should be the big winner.

I think this is a forgone conclusion. I believe Cruz will win Texas, his home state. The question there is his margin of victory, and whether Rubio clears 20%. Other than that, I’m not sure an upset is possible.

Cruz really has no other possibilities. Rubio has the outside chance of competing in Minnesota and Virginia, and less likely in Alaska and Georgia. Victories in any of those states would bolster Rubio, but all that seems unlikely at this point. Personally, I don’t think he wins any of the above.

Check out this state-by-state breakdown by Nate Silver on his 538 Blog.

If there is any hope of stopping Donald Trump – Ted Cruz must win big in Texas.

If Cruz loses Texas, his campaign is over. 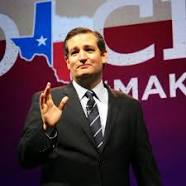 Rafael Edward “Ted” Cruz is an American politician and the junior United States Senator from Texas. He is a candidate for the Republican nomination for President of the United States, in the 2016 presidential election. Pic by: GoogleImages

A close victory with Donald Trump would give Trump a fair amount of delegates, but still give Cruz a reason to stay in the race (he would have, after all, won two more states than Rubio, and the second largest in the nation). Ironically, this would actually be the best case scenario for Trump.

In this scenario, Cruz stays in the race, divides the non-Trump vote, and Trump dominates a divided primary all the way to Cleveland.

Marco Antonio Rubio is an American attorney, politician and junior United States Senator from Florida. Rubio previously served as Speaker of the Florida House of Representatives. Pic by: GoogleImages

According to NYTimes, Cruz does have a path to the nomination, but it requires him winning states like Arkansas, Tennessee and Oklahoma…all of which are states where he is currently trailing. Furthermore, the battlefield gets worse for Cruz as the primary carries on. Remember, Cruz’s plan was to get an early delegate lead by March 1st, and sail through; that is no longer an option.

In short, I expect Trump to win every state tomorrow with the exception of Texas.

Unless something dramatic happens (and I love political drama) I expect Donald Trump to eventually be the GOP nominee.