Home / Uncategorized / Yeah! You Really Should Vote!
Tweet Pin It
Email this page

Allow me to get on my soapbox for just a minute.  I am screaming: VOTING MATTERS! 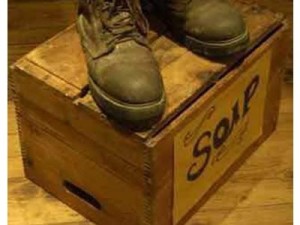 expressing my opinions about a subjects forcefully

Voting matters both to the health of the American political system and to the people who participate in it. Trust me when I tell you that elected officials know who votes.

If your community is turning out well below other neighborhoods, elected officials will pay less attention, make fewer appearances and fewer appeals to your neighborhoods.  Who votes has a powerful impact on public policy and government. As constituents, we have policy and political concerns – whether the direction of an issue or priorities of public budgets – won’t be heard if we don’t vote.

The evidence is clear, for the past three decades voters have been disproportionately of higher income, older or more partisan in their interests. Parallel to participation gaps are widening gaps in wealth, reduced opportunity for youth and frustration with the polarization in politics.

How different our world would be, if everyone participated.

I believe history will show us how – lack of participation in the political process helped to plant the seeds for #OccupyMovement #BlackLivesMatter #Ferguson and #ICantBreathe calls for social and economic justice.

According to VoterParticipation.org, African Americans, along with unmarried women, youth voters and other voters of color also make up a rising population of eligible voters. Together, this group makes up more than half the eligible U.S. voting population, and yet Black voters still don’t vote in proportion to that population. 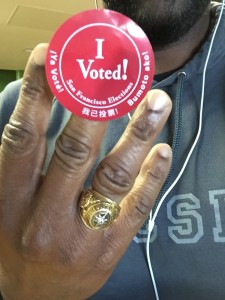 Earlier generations fought and DIED for this right.  It took the eventual passage of three constitutional amendments, the 14th, 15th and 24th, before all Black Americans could freely vote in the U.S. we owe it to them to get our asses to the polls.