Home / Uncategorized / Yep, I Still Get Nervous
Tweet Pin It
Email this page

I have been successfully working in television since 1999!

I’ve been an intern, photog, truck op, writer, producer, reporter, anchor… and now, #StreetEats a partnership with #TravelChannel and #TremendousEntertainment, is here. 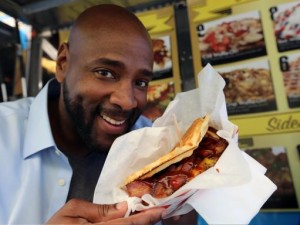 My first job was behind the camera as a photographer/ENG-Truck Operator. In 2002 I made the move on-air as a reporter. A professional career that started in Boston as an intern – has taken me full circle.

And like those early years of doing the AM show for WTVD-TV in Raleigh/Durham, North Carolina, I’ve learned something new about myself; I still get nervous.

On Saturday, May 7, 2016 a project I’ve wanted to do for years, will finally be presented for all to see.

Travel Channel will bring Street Eats to life. There is so much value in following your passion, building relationships, asking for help and keeping the faith.

I am blessed to be doing exactly what I’ve always wanted to do: meet people, travel the world, eat and be “on tv”.  Three words: God Is Good!

No one does it alone.

My agent Matthew Kingsley, has been a friend and spiritual ally since 2002 and the amazing team at Tremendous! Entertainment, under the direction of Colleen Needles Steward shared my commitment of creating a show that was fun, responsible and uplifting; we each believe “character matters.”

Well, what happens now? We wait, we watch and we see how viewers respond.

Yep, I still get nervous – putting your work out there for all to see, in many ways, is like walking naked through the town square. I can’t hide. This is it. 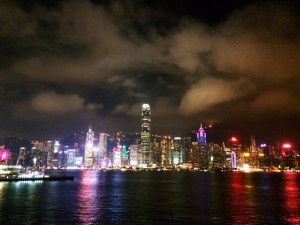 This has been an awesome ride and nothing can replace the excitement of my first trip to Hong Kong and visiting Tai Cheong Bakery.

Hong Kong’s most popular dessert is an egg tart. Tai Cheong Bakery is known for having the city’s best egg tarts. It’s a major tourist attraction and loved by locals alike. It’s an old school bakery famous for their piping hot, fresh out of the oven, rich yellow egg custardy goodness…best eaten standing right on the sidewalk in front of the bakery. 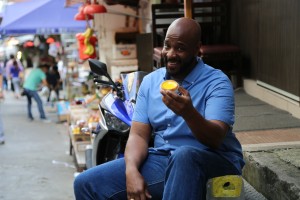 Like many classic Hong Kong food dishes, the origins of the egg tart are a bit murky, but it seems likely that they are yet another example of British tea time snacks — custard tarts, in this case — that were adapted to local Chinese tastes.  Since they became popular in the 1940s, two varieties of egg tarts have emerged: one with a flaky puff pasty shell and another with a sweet shortbread crust. Both are filled with a rich custard that is much eggier and less creamy than English custard tarts or Portuguese pastéis de nada.  And yes – it was yummy!

A special shout out to my brothers from another mother: Jay Chernikoff, MMZ, LFBC aka The EFL, @Stefanstifter  @DeanCSmith @MikeDunston Garrett Ching, aka Big Asian & @WineUpdate – you’ve each had to endure me talkin’ about this for years.

Thanks for walking me back from the ledge.

Thanks for keeping both my ego and frustrations in check.

Thanks for the love and always keeping it ?