Facebook is launching a Covid-19 vaccine finder to help people get shots in their arms. CEO Mark Zuckerberg announced the new tool in a Facebook post, saying it “shows you when and where you can get vaccinated, and gives you a link to make an appointment.” The vaccine finder is located in the newsfeed’s Covid
Read More

NATIONAL CHOCOLATE CAKE DAY National Chocolate Cake Day celebrates the cake more people favor. And more often than not, we celebrate our special occasions like anniversaries, birthdays and weddings with cake. Why not enjoy chocolate cake on January 27th every year? In America, chocolate was consumed primarily as a beverage until the 1830s or 40s.
Read More 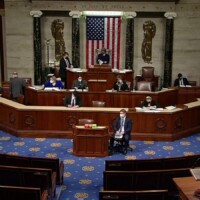 The House impeached President Donald Trump for the second time in a historic, bipartisan condemnation of an outgoing president whose words fueled a deadly insurrection at the Capitol. The process now moves to the Senate, where Majority Leader Mitch McConnell has indicated that a trial won’t begin until Trump is out of office.
Read More 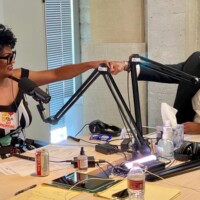 In need of a laugh? We’ve got just the podcast for you! From iHeartRadio and the Black Effect Podcast Network comes a brand new original podcast, “Laugh & Learn.” Join comedian Flame Monroe and co-host Nick Smith as they bring you the latest news sprinkled with a dash of wit, humor and heartfelt honesty.
Read More

The Ferguson Police Department is searching for two men accused of crashing into a school counselor with a stolen car. Sharon Paulette-Selvey said she’s worked in the Ferguson-Florissant School District for over 20 years. Snap on Monday announced the launch of Spotlight, a Snapchat feature that functions like TikTok and Instagram Reels. Spotlight will show
Read More