Home / Uncategorized / FOX5’s LIKE IT OR NOT – Mom gets $115 parking ticket while breastfeeding in her car!
Tweet Pin It
Email this page

“I showed him the baby and my breast, and I’m like, ‘I’m breastfeeding the baby.’” She said the officer said nothing, left the ticket on the windshield, and walked away. 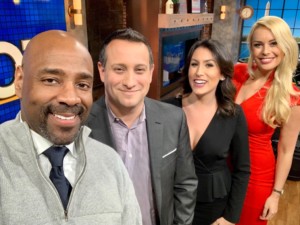 The mom told WPIX she did what she had to do for her hungry baby and doesn’t believe she should have gotten a ticket for it. Rodriguez said she plans on fighting the ticket.

WPIX did talk with police about the incident, who said the traffic agent issued the ticket before he realized anyone was in the vehicle. It’s still unclear if the ticket will be dismissed. Bram Weinstein Britt McHenry Marina Marraco Nick Smith Discuss.