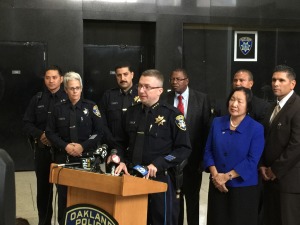 On Friday all eyes were on SF and the huge celebration for the San Francisco Giants.  Buried, and in some cases, completely ignored – the great news across the bay!

Oakland Continues to Rise and the evidence it here for all to see:

Fresh, young faces speaking multiple languages – reflecting the diverse community they serve!  Having attended several of these over my career – I can confirm it to be a proud moment for family, friends and veterans of law enforcement.  Hats off to those choosing to put their lives on the line to protect others!

“With your new profession comes immense authority, but most importantly, immense responsibility. Welcome to the profession of law enforcement. It is a truly honorable and rewarding profession.”

Oakland Mayor Jean Quan says meeting the requirements of the Negotiated Settlement Agreement would not have been possible without the commitment of Police Chief Sean Whent.

“It’s not a coincidence that our reform efforts are reaching new heights as our crime rates are declining,” Mayor Jean Quan said. “Our officers are making real progress earning the trust and respect of the community, and that makes our department more effective in reducing crime and keeping both our neighborhoods and our officers safe. I’m grateful to the court, to our police leadership, to our community partners and to all the officers who are working hard and putting their lives on the line each day to make Oakland safer.”

Mayor Quan took to social media to tout the positive trends reflected in the court monitor’s report it’s worth a read! 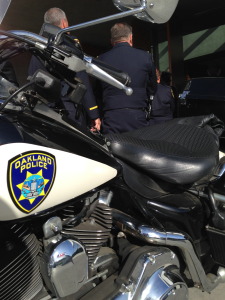