It was a warm one – once again I was reminded of how important it is to be prepared! 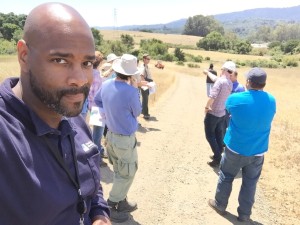 ☀️Hot days on the peninsula w/a bald head can be tough! Remember to were headgear & use sunscreen. #SummerSafety

Headgear and sunscreen are key! Unfortunately, I had neither – #Shame!

What a fun and educational day!

I joined Friends of Edgewood, a group, according to their website, committed to “restoring and preserving Edgewood’s ecosystem as an exceptional habitat for native plants and animals, and providing outstanding natural history programs so that visitors of all ages can appreciate, respect, support, and be inspired by Edgewood.” 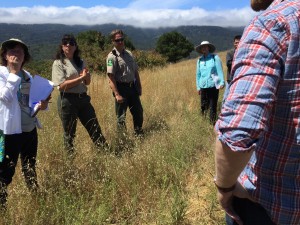 PG&E is preparing to do hydrostatic pressure testing in the park so the utility’s project leader met with community members & park officials to explain the process.

In order to perform a hydrostatic test, the pipeline has to be taken out of service for several days. 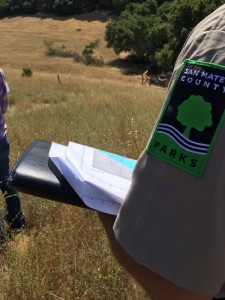 However, during the work PG&E will provide gas to customers from an alternate source, so service will not be interrupted.

A few days prior to testing, some gas is vented from the pipeline. Depending on weather patterns, PG&E says there may be a temporary gas odor. 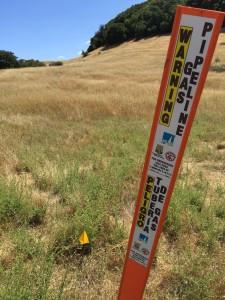 It is important to note that the odor and gas release will pose no risk to public health and safety. As part of the normal protocol, they notify the appropriate local agencies of this work. While gas odors are likely from the work being done nearby, safety is the top priority.

There is also a chance that a segment of pipe may leak during the water pressure testing. If this were to occur, the result would be similar to a water main break (e.g., disturbed topsoil or buckled pavement with water seepage).

PG&E will be closely monitoring the pipeline and pressure throughout the testing and will know if this happens. If a leak should occur, they will promptly replace the failed section of pipe with new pipe that has already passed a pressure test. 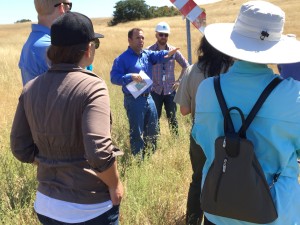 In addition, PG&E is prepared to repair any damage to public facilities and private property caused by any construction work.  Edgewood is a beautiful San Mateo county park that is known for its grasslands and wildflowers, PG&E officials reassured the groups that the utility is committed to respecting and preserving this treasure.

Hydrostatic testing is a commonly accepted approach to test pipelines. If a pipeline were to fail during testing with water, you essentially have a large water leak. That’s because water isn’t compressible like air or gas; its energy when released dissipates quickly. Although a release of water could cause some flooding or even buckle a roadbed, PG&E says they will have plans in place and repair teams standing by. 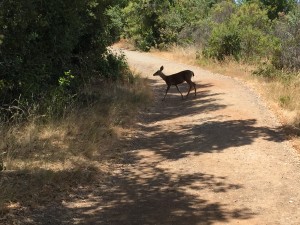 We started talking #safety and look who showed up! #FriendsOfEdgewood @SMCParks

PG&E will also inform the local community before testing begins!