by Nick Smith
Updated 3 mins ago

San Jose police need help catching some vandals who attacked yet another business in the city’s Willow Glen area. 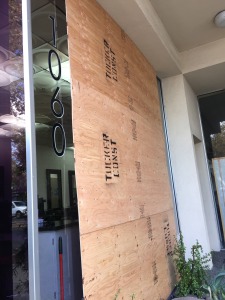 “It’s super frustrating. We’re covered by insurance but the deductible is really high and it’s hard for a small business,” says Amber Lopez. Frustrating because on a day Lopez should be closed, she’s in her upscale Willow Glen salon putting things back where they belong and cleaning up broken glass. 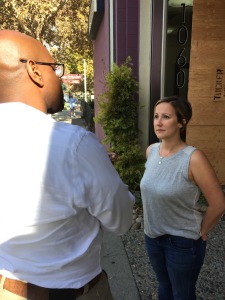 diModa Salon Owner, Amber Lopez. Her Salon has been the target of vandalism three times in less than two years.

And this is not the first time.

“The first time we had our window broken and the front door, the computer was stolen. The second time they just broke the window. This time again, same thing,” explained Lopez, the owner of diModa Salon.

Surveillance video on her cell phone captures the moment the glass is broken, just after 2 a.m. Sunday morning.

“A neighbor walked by and said, ‘Your window is broken.’ We rushed down here. The police were already here,” said Lopez.

But San Jose police have not been able to offer much in terms of relief. They say with a depleted police force and resources, property crime is not a top priority.

“It’s just vandalism. You can make a report and call your insurance company, but there’s nothing else they can do,” shrugs Lopez, which leaves costly repairs to the business owners.

BevMo and Starbucks are among a chain of stores hit in August. 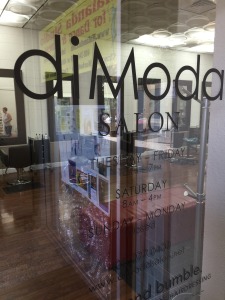 An assault on a Baskin Robbins was recorded by the owner. Just before 2 a.m. something hits their glass door and it shatters. Two minutes later there is a second hit. The owner showed ABC7 News a metal ball he found on the ground at his store. He believes the vandals use some type of BB gun or paint gun.

Back at diModa Salon, Lopez wants her customers to know this set back has not shut her down and she’ll be open for business as usual on Tuesday. 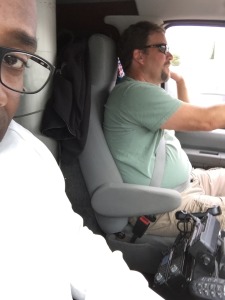 One of the best parts of working the AM Shift – working with THIS guy – Ian Babcock, Veteran Photojournalist & Musician