Email this pageThis morning Oakland Police Chief Sean Whent, along with homicide investigators, talked about the arrest of Carl Stephen Dubose, 20, of Oakland.  The Alameda County District Attorney’s Office has NOT released a booking photo. Police say Dubose is responsible for the homicide of Perla Avina, shot and killed on Sunday, October 26, 2014, just
Read More 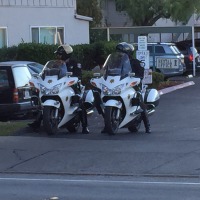 Email this pageIt’s possible we’ll learn the identity of the 15-year old Monta Vista High School student struck/killed by a big rig truck while riding his bike to school. Stories like this are particularly difficult because of the age of the victim.  The story I filed yesterday is posted bellow. One of the things I’ll
Read More

Email this pageA San Jose State student died Monday after being injured in what police suspect was a DUI hit-and-run accident over the weekend. Without question – these have always been the type of stories I’ve always had the hardest time covering.  Being front & center as others work through tremendous loss/grief is painful. The
Read More
Email this pageAmy and I were all SF Giants all day! She covered players and the team’s departure for Kansas City – I went to SFO to catch fans headed to the midwest for Game 6! http://abc7news.com/sports/giants-head-to-kansas-city-for-game-6-of-world-series/368083/ by Amy Hollyfield and Nick Smith Updated 38 mins ago SAN FRANCISCO (KGO) — The San Francisco Giants
Read More 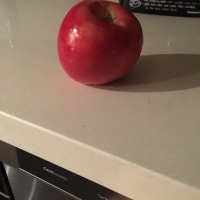 Email this page  We have been on “FAST FORWARD” since I walked in the newsroom. Whereas the place is always buzzing with activity – today is exceptionally busy! We’re short a couple of people this morning and that means we’re doing a bit MORE with fewer hands to participate. There are only TWO writers: Steve
Read More