Home / Uncategorized / Veterans Day shows off pride in country and those who’ve served
Tweet Pin It
Email this page
I am proud to be an American and I am proud to have served my country honorably for six years in the United States Army.
During my time stationed overseas and even as I travel abroad today, almost everybody I meet wants to be American or at least “in” America.  I am completely aware of how that sounds: arrogant, ethnocentric and to some, possibly “delusional.” 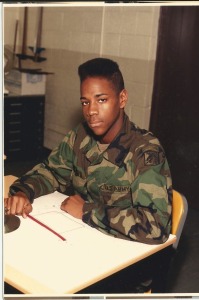 But my story is uniquely my own.  My journey is a constant work in progress that started with steps I have taken and choices I have made, on. my. own.
I am the descendant of Mississippi sharecroppers.
My great-great-grandfather, was born into slavery near Vicksburg, Mississippi.  His son, my great-grandfather, had 12 children and my grandfather,  Andrew Smith, had 13.
I have not been able to trace my family tree beyond my Great-grandfather.
My grandfather never finished the 6th grade, spending long hours working along the Mississippi Delta where “cotton was king.” In the mid 1930’s he moved north, near Chicago in search of a better life for him and his growing family. He and his wife, my grandmother, wanted to be as far from Mississippi as possible.
Andrew’s youngest daughter – the baby of the family, is my mother: Rosetta.  She was born in July of 1946 and was the last child born to him and his wife Ruby.  Each of their 13 children had children.  Each of my uncles and aunts had at least 4 children – in fact, four of them had as many as 13 children too.  My mother is the only offspring of Andrew and Ruby Smith to have only ONE child; me. 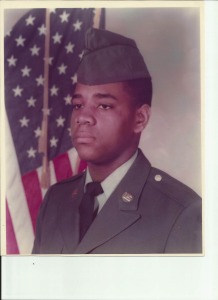 I grew up in a single-parent home.
Single-parent, NOT “broken.”
My home was one where I was held accountable for my behavior.  Making excuses for poor grades or blaming “The Man” was not tolerated.
“Nicholas, the only thing that has the power to stop you and what you want for yourself, is you.” My mother told me that when I was 7 or 8.
I believed it then and have never forgotten it.
Our home was modest two story house in the south suburbs of Chicago, my mother still owns it.
If there were gangs – I didn’t see them.  If there was extreme poverty, I didn’t experience it.  Everyone in my community shared.  We celebrated each others accomplishments, we mourned the loss of loved ones.  Everyone looked out for one another.  Everyone worked. Everyone pulled their own weight. Everyone went to one of 4 churches in the neighborhood.
To me, this is what it meant to be Black in America. This is what it meant to be an American.
I knew what it was to be Black – and I was fully aware of the challenges – some – in my community were up against.
Although my home was a single-parent one, it was overflowing with love and affirmation. I had/have & have had friends with two parents who would not profess the same.
This was MY reality.  This was my American reality.  This was my BLACK reality.  This was my life.
I felt then, as I do now, PRIDE in belonging and being a product of what America made available for me and my family.
One of the best choices I have ever made, came as an idea my sophomore year of high school.  I was a solid student, close to having earned enough credits to graduate the following year – I knew I wasn’t ready for college but I knew I was ready for “more.”
I turned 16 in March & told my mother, I wanted to join the United States Army and serve my country.
Ms. Rosetta was less than thrilled in the beginning – but today, she would be among the first to tell you, one of her happiest moments was coming to Ft. Jackson, South Carolina to see me graduate from basic training. 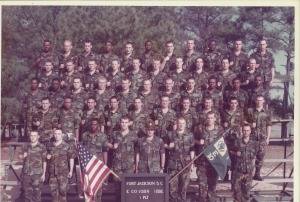 My experience in the U.S. Army reinforced what my mother taught me: “you define yourself.” In the Army – ain’t no Black/White/Latino/Jew/Muslim – everybody is GREEN, Army GREEN.
As the descendant of slaves and sharecroppers – wearing the uniform –  made me proud.
As a black man raised in a single-parent home, raising my hand and swearing an oath to my country – made me proud.
Believing my mother when she told me I was the only one who could “stop me from becoming who I wanted to be” and having the honor of standing next to the men pictured with me – made me proud.
That picture is from 1987 – to this day, I have remained in touch with quite a few. I am blessed and honored to have served with them.
Today – for all the men and women, different backgrounds all, who have raised their hand, taken the oath and sworn service to this country – I salute you!
Thank-you for your service & Happy Veterans Day.