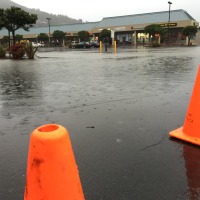 Email this pageResidents in Marin County barely had a chance to clean up from the last storm before Friday’s rain hit. Some residents said they were nervous about Friday’s rain. Marin Cleaners in Tiburon was one of the businesses that flooded in recent storms. The water mark on Mayra Canalas’ shop window three days later,
Read More 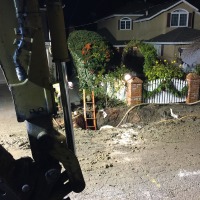 Email this page  SANTA CLARA, Calif. (KGO) — The latest storm caused more headaches for people with downed trees, crushed apartments, broken water mains and flooding. In Santa Clara there has been a problem with cleanup. “Before I knew it, it was like zoom!” said Elizabeth Smith, explaining what she heard after a massive tree
Read More 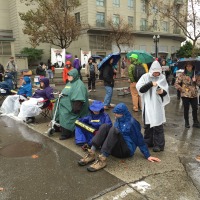 Email this pageMONDAY – December 15, 2014 – 10am At least thirteen protesters have been arrested among dozens that blocked the entrances to Oakland Police Department headquarters this morning to call for the end of police killings of unarmed black people. The action started around 7:45 a.m. outside the police building at 455 Seventh St.,
Read More 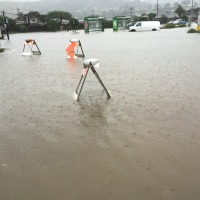 Email this pageSimply put, I work with an AMAZINGLY talented team! My reporting this week was centered on WEATHER! WEATHER PREPS: THE DAY THE STORM HIT: MY COVERAGE INCLUDED IN ROB MARCIANO‘s report for World News Tonight with David Muir: And then, the day after – the folks of Guerneville – hit the hardest!
Read More 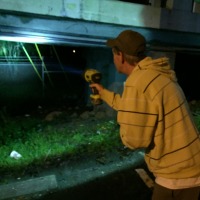 Email this pageThe severe storm that brought torrential rains and hurricane force winds on Thursday has subsided, dumping near record rain throughout Northern California.   San Francisco’s downtown was soaked with nearly 3.5 inches of rain, the wettest December day in 19 years. San Jose got 3.9 inches of rain, the third wettest day in
Read More