Email this page*Brandon Eaton was impaired when he was driving a vehicle that struck the firefighters. *The firefighters were directing traffic around an accident when they were killed. *The Sumrall fire station was named after Alvin Beasley, one of the slain firefighters. *A third firefighter was injured in the incident that also killed Lorrie Sykes.
Read More 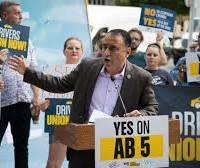 Email this page Federal Judge Rules California ‘Gig Labor’ Law Applies To Freelance Journalists SACRAMENTO, Calif. (AP) — A federal judge will not temporarily exempt freelance journalists and photographers from a broad new California labor law, saying they waited too long to challenge restrictions that they fear could put some of them out of business.
Read More 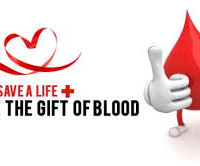 Email this pageNearly 40 percent of the U.S. population is eligible to donate blood, but less than 10 percent actually do. Donating blood is safe. Sterile, disposable needles and supplies are used once and then properly disposed. You cannot contract any infectious disease by donating blood. Volunteer blood donors must be at least 16 years
Read More 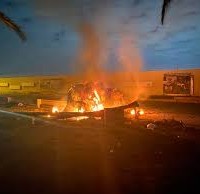 Email this pageAn attempt by supporters of Iran-backed militias to storm the U.S. Embassy ended on Wednesday, as protesters withdrew from the area after their leadership ordered the suspension of a violent challenge to American troop presence in Iraq. “At the direction of the President, the U.S. military has taken decisive defensive action to protect
Read More